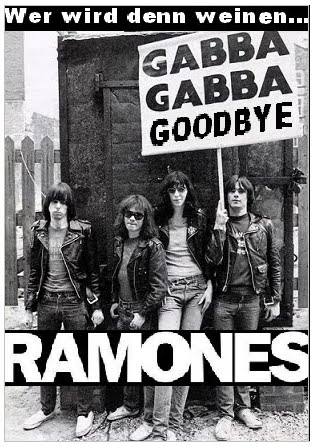 Straight from the beginning of plans for our second Ramones-tributeevent (everyone now knew, that the band would split up in 1996) we decided, to make it definitive smaller than two years before. There were a headliner-band offered to us very early on, who might have filled the “Zakk” again, but that’s not what we wanted. We knew, that band would not covered that much Ramones like “The Lurkers” did in 1994, and so it would have become just a concert of a band, with a couple of supports honoring the Ramones, but first of all: we wanted it to be more atmospheric, more for Ramoniacs only.

As the “Dschungel” has closed its doors inbetween, we got the “AK 47” (around the corner of the “Zakk”) as the right and intimous location, a place with a bit charme like the “CBGB” had- at least, both nights were totally sold out there, also on the street was party, and a lot more of Ramones was to listen to than before. Including two pure coverbands- one, that was only build for the event.
It was a sad reason, indeed, but we made it a blast!